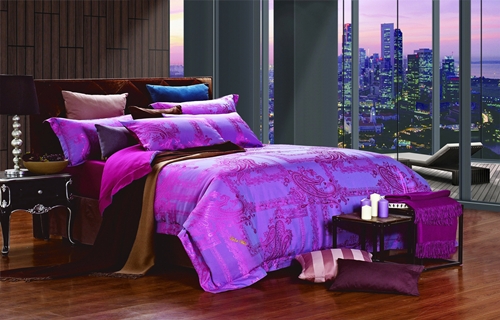 A duvet cover set is a practical and useful bedding accessory. If you own a duvet it's essential that you protect it with a cover. Without the cover the duvet - also known as a down comforter - can quickly accumulate natural body oils, dirt, stains and odors as well as other contaminants and pollutants; and if left unchecked, can lead to developing allergy related symptoms. It is also easier and less expensive to wash a duvet cover than to wash a down comforter or have it dried cleaned. The cover will easily fit into a regular washing machine as opposed to a bulky down comforter. Another good reason for encasing the duvet with a cover, its that in the course of time many people become allergic to their down comforter or rather the small contaminating particles that have infiltrated the comforter (through the small openings in the fabric shell) and attach and accumulate on the down (the small fluffy feathers usually of eider duck or white goose), so adding a duvet cover simply makes good sense. Now, most of this might make it seem like owning a down comforter is a bad thing but it's not so; for the level of sleep comfort it provides, far outweighs anything negative. For at one time the duvet was also known as a "comfortable" and is now known as a "down comforter". So you can think of a duvet and its stylish cover as good restful night sleep and a pleasant good morning.

The duvet cover as its name suggest does not necessarily need to be use as a cover sleeve for a duvet or a down alternative comforter only. It can be use with other bedding articles such as a thicker blanket, multiple thinner blankets and other comforter types. Not to mention by itself as a light blanket. A heavy quilt will also do fine inside a duvet cover. Also, depending on the time of the year, it can combined with other bedding articles to achieve the level of warmth and comfort desired. In the colder months combining a comforter and a blanket together could be enough, in the warmer months a couple of thinner blankets will do just fine or even the cover alone can be sufficient. A duvet cover also makes it easier to do your bed in the morning as you won't have many individual pieces to fold or spread over the bed. Other pieces that come with the duvet cover set like the matching pillowcases and or pillow shams will not only add charm to the bedroom's decor but will also provide a barrier between you and your down pillows or other sleeping surfaces for the same reasons previously mentioned in relation to down comforters. 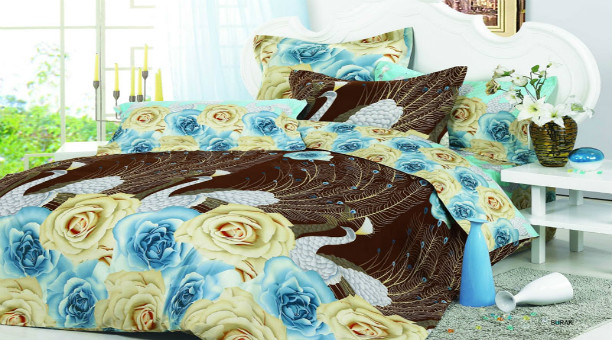 There are a few things to keep in mind when buy a duvet cover set. For starters the correct size is very important as duvet covers like other bedding sheets come in the same bedding sizes: Twin, Full, Full-Queen, Queen and King.

Something else to keep in mind is the type of fabric that best suits your needs (fabric textures vary even among the same fabric materials), many types are available. For duvet covers cotton is the most popular as it one of the easiest to maintain and great looking designs can be printed on.

Great bedding starts with quality materials. Our fine bedding accessories are fairly priced when compared to others similar items with respect to the quality of the fabrics and its designs. At Pacific Star Products we offer free shipping on all of our duvet covers and home decor products for orders within the continental U.S.. We also ship worldwide. Please feel free to shop or browse our store and compare.

Save On All Our Fine Bedding Collections

Cover the space between your box springs and the floor with a great quality bedskirt in Gingham, Satin and Solid Colored Poly/Cotton Blend fabrics. Choose from all sizes, several colors and many drop lengths for a special customized look. These ruffled and tailored bedskirts coordinate very well with our other items that come in the same colors and fabrics that beautifully ties a home decoration theme together.